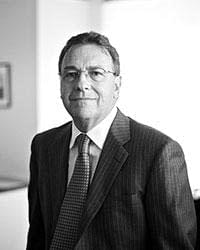 Mr. Ravid founded Ravid and Associates in 1990 with a practice emphasis in civil litigation. Mr. Ravid graduated from the University of Michigan, obtaining a Bachelor of Arts Degree With Distinction. He received a Juris Doctor from the University of Detroit School of Law where Mr. Ravid was a Law Review Editor, Moot Court competitor, and was inducted into the Order of Barristers. Mr. Ravid then earned a Master of Law Degree from the University of Pennsylvania Law School, a top national law program. Mr. Ravid became a member of the Michigan State Bar in 1981 and is admitted to practice before Michigan State and Federal Courts. Mr. Ravid is appointed by attorneys around the state to serve as an arbitrator and act as a Case Evaluator for the
Wayne and Macomb County Circuit Courts. Over his years of service to clients, Mr. Ravid has obtained many multi-million dollar results as he pursued his practice of toxic tort, complex liability, insurance, personal injury, and product liability cases.